Tonga - what is an ethical swim? 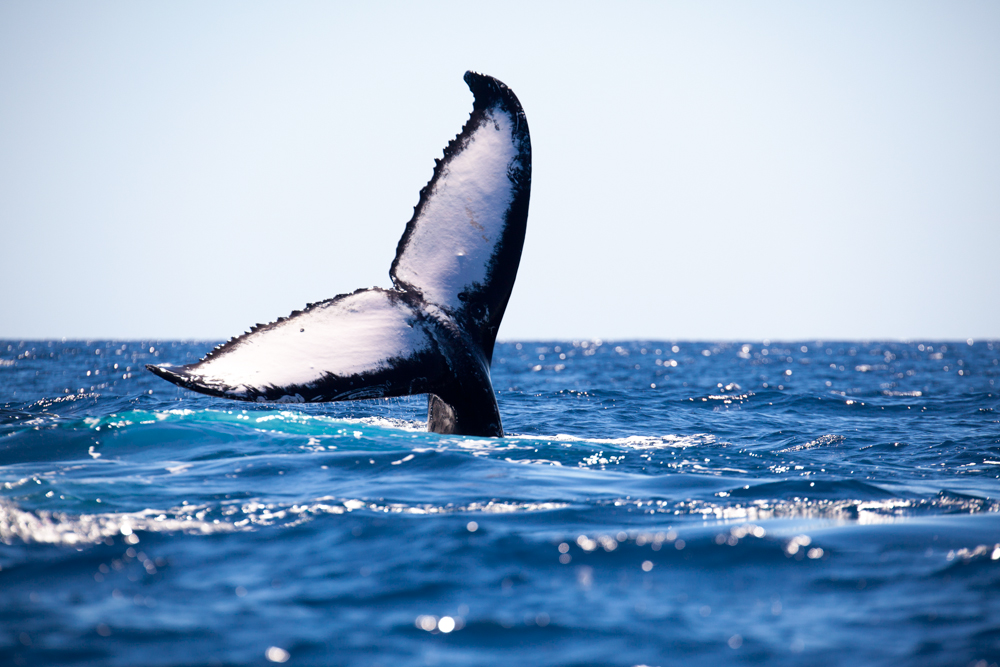 Tonga - what is an ethical swim?

When I began watching and studying whales Humpbacks were only a quarter as abundant as they are today in Australia. Their population is doubling every ten years.

This increase in numbers has fuelled our natural curiosity, creating a new demand for whale experiences - swimming with whales.

Our kids are the first for generations to experience whales anywhere near pre-industrial whaling abundance. Ironically, whales from some regions of the world today, may have been swimming with people, since they were born.

One thing’s for sure, whale swims are only getting more popular. It gives some hope that, in our collective subconscious, we may find a way to care more about their environment as we share it.

Which is why we should never take the relationship for granted. We should always make sure we are doing everything to minimise any effect we may have on them.

So what should we look for when choosing a whale swim?

This was a question David Donnelly asked when he set up his operation in Tonga.

Having studied Humpbacks for many years, Donnelly knew that, however carefully whale swims are run, there will always be some residual effect. Even the best run whale swim operation is still part of an industry driving increasing demand for swims.

So the question is, at what point does this become unsustainable? This isn’t just a whale welfare issue. Tonga is a developing nation that depends on tourism, underpinning local education, health and livelihoods.

Possibly for the first time in human history, the lives of living whales and people are uniquely intertwined.

So it's important for the whales and for Tonga's economy that businesses act with precaution, collect the right data and engage with the scientific community, to continually improve understanding and adapt behaviour. Unless we can measure our effect, we can't manage it.

Fortunately, there are a wealth of recent disturbance studies. While we can't necessarily presume disturbance translates into an actual impact on a population, it does offer the basis for a precautionary approach.

What’s super-clear is that whales with newborn calves are by far the most prone to disturbance. As far back as 1995, studies in Hervey Bay found that pods with calves showed higher rates of behavioural change when vessels were within 300m of them.

Humpback Whales travel thousands of miles to give birth. Cows sacrifice a third of their body weight to suckle their young before they travel, together, back to the Antarctic.

"[The calf] needs to drink 50 gallons of milk a day to fuel up for its long migration ... shortened time with its mom could ultimately weaken the calf" (source: National Geographic).

If there ever is a period of an animal’s life when it's most vulnerable to disturbance, it would be just at birth. All recent studies point to the need to limit, wherever possible, interactions with cow and calf pairs.

And why wouldn't we? Surely no wildlife-officianado would consider it reasonable to interfere in this moment, just for the satisfaction of saying they have done it? We allow our wives and mothers to choose when they are ready to be visited by scores of family and friends after childbirth ... it would be inhumane to do any different.

Only this year are the first independent guidelines on marine animal swim tourism being written.

Australia still doesn’t have any, despite whale watching policies in place for over 10 years - this despite whale swims beginning in earnest, this year, on the northwest shelf and already in Hervey Bay.

Meanwhile, the whale swim community has become accustomed to swimming with cows and calfs. The average traveller assumes this is will be the ultimate trip climax but that's not what we've found.

“What people don’t realise is, that cow-calf pairs aren’t necessarily that interactive” says Donnelly “and even having  boats near a pair for extended periods could be enough to affect the calf’s development and possibly even its survival”.

Tourists can't necessarily be expected to understand whale behaviour in the same way as we wouldn’t expect to understand the mood and nuances of someone’s pet that we’ve never met - or a species we’ve spent little time with.

In one online discussion it’s said “ if the whale felt stressed or threatened in any way it would not be there”. The accompanying video shows a cow deliberately swimming around her calf to move it away from swimmers before making a hasty escape.

A cursory browse of YouTube and you’ll find video of people being struck by cows, trying to defend their calves from close approach (see "Getting slapped by a Humpback Whale"). Such incidents and injuries regularly occur but are rarely reported.

Operating off Nuku’alofa, Donnelly has taken his years of experience, including tracking of singing Humpbacks off Queensland and applied his knowledge to finding the “right” whales. It’s this inherent ability to know how whales are behaving, that creates outstanding experiences for his guests.

Donnelly is searching for whales that are receptive and may be curious enough to want to interact. Many of these whales are youngsters, teenagers if you like, that haven’t entered the breeding cycle yet. They are curious and interactive. Donnelly says “the rules say you aren’t  permitted to split a whale pod ... but these guys occasionally and perhaps even deliberately split the swimmers ... they obviously haven’t read the human swim interaction guidelines!”

It’s a fact whale swimmers won’t necessarily realise until after they leave Tonga.

Rather than three days queuing to swim with a cow and calf, motionless, recuperating from the labour of birth, visitors could have had several exciting, extended and guilt-free interactions with curious immature whales.

So the question of ‘ethical’ can be a complex one but there are some simple rules.

The case of Humpback Whales is certainly no exception, so it's great to know that there are operators out there willing to try a different approach. This way at least, we may hope to continue to inspire generations of people, to connect with nature.

August 6 - August 13ON REQUEST FOR CHARTER