Tonga: The Last True Kingdom of the South Pacific

Tonga: The Last True Kingdom of the South Pacific

When Captain Cook landed in 1777 he named Tonga the friendly isles. Tonga was never conquered by Cook’s British Empire or Dutchman Abel Tasman before him.

For whatever reason, Cook’s cordial convocation with the Tu’i Tonga (Sacred King of Tonga) was the foundation for self-determining partnerships with the west. This led to a treaty of friendship with Britain, that existed from 1900 until Tonga’s full independence in 1970, giving Britain control of foreign affairs without any further colonial intervention.

From Cook’s visit and arrival of the first Christian missionaries to the Queen and Duke of Edinburgh’s stopover in March 1970, Tonga proudly displays these moments, in plaques and monuments throughout the island.

The nation is divided into four regions, comprising 170 or so islands. Tongatapu, with its capital Nuku’alofa, is the most southern and accessible, being a four and a half hour flight from Sydney. It’s about 50km across and horseshoe-shaped. The south and east is ringed by coral-limestone sea cliffs. To the north is a lagoon with mangroves and an embayment that contains a patchwork of islands, stretching out towards the reef edge and the deep ocean beyond.

Tonga is still an independent monarchy, the only such example in the South Pacific. Unencumbered, by the animosity long-suffered by colonial nations, perhaps this is why it’s still customary in Tonga, to cheerfully welcome visitors from overseas.

A succession of kings (Tonga is on its sixth, since broadscale adoption of Christianity) and a thriving diaspora have inspired a cosmopolitan outlook. Tongans enjoy a progressive lifestyle but retain a strong connection with their history, which is thousands of years old.

In the village of Mu’a, the site of Tonga’s third ancient capital is Lapaha. This network of 22 royal pyramidal tombs or ‘langis’ date back to the 13th Century. They are platforms of earth, three steps high, supported by walls made of massive coral-limestone slabs. The stonework would have been an enormous-enough feat in itself, were it not also believed they were transported from the island of Wallis Futuna, located some 800km away.

Lapaha and nearby Ha’amonga or ‘Tongan Stone Henge’, a trilithon, are together candidates for World Heritage Listing. Ha’amonga is built of three coral slabs each weighing more than 20 tonnes and standing 6 metres high.

The trilithon is oriented so that carvings on the top lintel indicate the shortest day, longest day and when the sun is directly above the equinox. Being able to track the seasons, just as we do today with calendars, would have been priceless expertise in a community dependent on subsistence farming and fishing.

Visitors today will observe tracts cut in the adjacent agricultural vegetation, to allow a low sun to settle on the structure and a shadow to form. The late King, his Majesty King Taufa’ahau Tupou IV declared and named the site “Ha’amonga ‘a Maui Historical Park”, protecting it for future generations.

The current royal lineage started when Taufa’ahau Tupou of Ha’apai, united the islands. In 1845 he became King George Tupou I (1845–93) and adopted the country’s first constitution as the nation turned to Christianity.

This change heralded a period of unprecedented stability for the people of Tonga, ending millenia of tribal feuding over land and islands. Farmland was apportioned to its citizens on condition it could never be sold, only leased, or handed down through generations.

So Tongans retain a strong connection and custodianship of their land. Much of the island of Tongatapu has rich, fertile volcanic soil and the locals grow a mixture of yams, taro (a type of potato), squash, pineapple, manioc (cassava) and coconuts. Mechanisation is minimal - that would harm the soil - so farming is mostly done manually, by teams of men, labouring communally.

The strong sense of community is founded on the bed rock of Christian society. Churches of numerous denominations dominate the landscape. Working on Sunday is strictly illegal and almost the entire nation turns out to spend the day worshipping.

Nonetheless, many of the nation’s customs and traditions survive ... from adornment in ‘mats’, a type of ceremonial dresswear fashioned from fibres of Mulberry, to the intricate lacewear worn by ladies every Sunday and made from woven coconut fibre twine and shell.

For the ‘palangi’ (foreigners), tourists and a few locals, who find themselves here on the day of rest, there is a quarter of the island that stays open. After a fifteen minute ferry to ‘Big Mama’s’ on Pangaimotou Island, the snorkelling is surprisingly brilliant. Small coral bommies in waist-deep water are festooned with bright corals where clownfish and Moray eels lurk. Pisonia trees cast shade over the narrow foreshore, providing respite from the intense midday sun and the shady restaurant, adorned with the graffitied names of thousands of visitors, serves an ample bar menu and locally-made Papao beers. A few hours here is enough to understand the true meaning of ‘island time’.

The thing you need to understand about Tonga is, it’s only 100,000 people, living on an island little more than 50km wide. For centuries, locals lived mostly hand to mouth, surviving on subsistence agriculture and harvesting fish from the shallows. Islanders still trade meat, clothing, fruits and vegetables between themselves and at the weekly market, which dominates the harbour esplanade each Saturday.

If you’re open-minded and prepared to go with the flow, you’ll discover the qualities that make Tonga such a great place to visit are the antithesis of tourist destinations elsewhere - but may be just what you’re looking for.

The nation’s charm is its simplicity ... from time to time, you will have to compromise on any one of many things you’d normally take for granted. If you come expecting hot water and internet to work seamlessly, like at home, you could be disappointed. While freshwater is plentiful and the meals are good but basic, restaurant food provisions can vary day to day.

There are no resorts, as such. Beach stays are in Fales, a bit like the Aussie beach-shack - this is a holiday tradition on which Tongans and Australians would definitely concur.

However, In Tonga, a bit less is definitely worth a whole lot more to your holiday.

If, on first sight, things seem shambolic, take another look and ask yourself, can I do without this?  The time you save agonising over commodities and services that may not have occurred to the locals as necessity, is time you can free up, to make use of what’s around you.

If you want to relax or cool off, go for a swim. If you want fresh fish for dinner, use the day to catch your own.

If you see fresh pineapples in the market, make a dessert that very evening as the crop is limited and locals covet their sweet flesh. Twenty four hours later there can be none left anywhere on the island.

If you fancy a bush walk, catch the 2-hour ferry to Eua Island and spend a day or two hiking in the rainforests.

In many respects Tonga is the perfect tourism destination because it hasn’t been made for tourists. Guests of Tonga live like and are treated like one of the locals.

One thing’s for certain, wherever you go, you will be very well looked after. Tonga’s self-posession and its people’s warmth and friendliness, even in the capital city, Nuku’alofa, will find you catching cabs, passing the time of day with locals and laughing (Tongans do a lot of laughing) within a day of arrival. 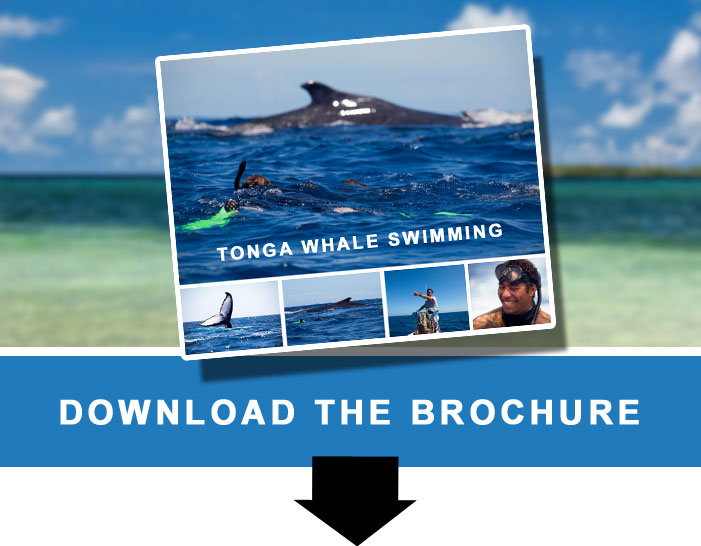 TO BE ANNOUNCED, PENDING BORDER DECISIONS